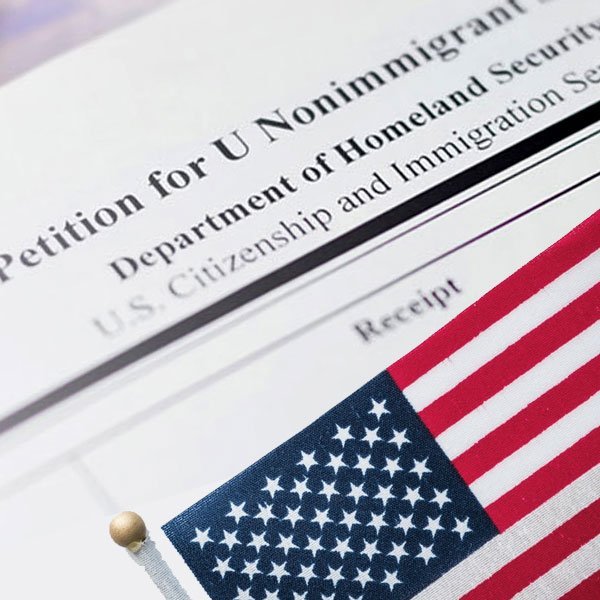 Big news came out of Washington on June 14th relating to both new and pending applications for U visas. The United States Citizenship and Immigration USCIS released new information and instructions on a program they are calling “Bona Fide Determination” that provides employment authorization and deferred action protections for victims of certain crimes and who have filed for U visa requests. This program applies to both applicants and qualifying family members. The process involves USCIS conducting initial reviews of the applications before they will issue the work permits that are expected to be valid for 4 years. If someone is not eligible for the new program, they will be placed in the normal waiting list for u visa review and approval.

The Biden administration is continuing to work hard in eliminating the funding for Trump’s border wall. Recently, the Pentagon has canceled funding from its budget and is redirecting those funds back into military projects and general funding. In light of Biden’s attempts to end the wall project, the governor of Texas with the support of several top officials has decided to use state funds to keep the project going. He has authorized the transfer of $250 million as a “down payment” for the state’s border wall with Mexico. The state will transfer the money from their general revenue to a disaster fund to “ensure sufficient funding for Texas’ ongoing response to the crisis can continue.” Gov. Greg Abbott announced his plans to build the wall last week and said on June 17th that he plans to raise public donations to fund the ongoing construction.

Biden’s new attorney general, Merrick Garland, has used his authority to reverse two immigration legal opinions made by previous Attorneys General’s under Trump. This reverse changes the limits on who is eligible for asylum and broadly re-opens several key areas of asylum relief for victims of domestic violence and those seeking asylum based on ties to persecuted family members. These approaches were closed off to asylum seekers under Trump.

Although no one doubts the major problems with gang violence in the “Northern Triangle,” allowing literally tens of thousands of applicants to qualify for asylum was seen as a loophole to the immigration system and a distortion of asylum laws that threatened to overwhelm the asylum system in the US. These issues have been seen as the main source of difficulty facing US immigration system and the cause for the massive overcrowding and problems at the southern border. We will see if the Biden administration will learn to regret this decision in light of other messages they have been sending to immigrants seeking to enter the US.

On June 7th, Vice President Harris sent a very clear message that seemed to contradict the Biden administration’s ongoing immigration policies. While she was in Guatemala for her week-long diplomatic mission, Harris said: “I want to be clear to folks in the region who are thinking about making that dangerous trek to the United States-Mexico border: Do not come. Do not come. I believe if you come to our border, you will be turned back.” This statement was not very well received by those in Central America or within the US who had been starting to move forward with requests from the US for asylum and other immigration benefits since Biden had previously been sending clear messages to immigrants that the US was finally opening up borders and reversing previously closed processes for immigrants.

As always, politics surrounding immigration continues to be very confusing with regular setbacks and new hurdles being put into place all the time. Our recommendation is always the same for our clients and immigrants: seek advice from an experienced immigration attorney before doing anything