Will Election Results Bring Relief to the Immigration System? 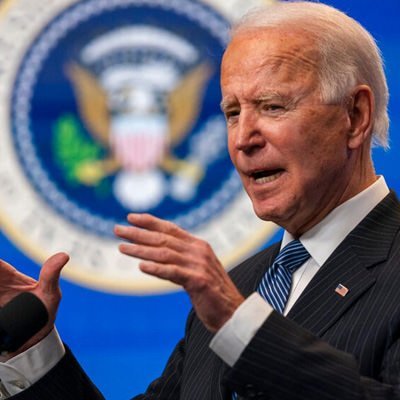 Given that the last four years has brought an estimated 400 or more policy changes to immigration and another 4 years under Trump would have likely brought significantly more, even if the system remains broken, anything would be an improvement. Even employees of the government, specifically the Department of Homeland Security (DHS) have expressed similar views.

Though DHS has long been viewed as the enemy of immigrants as a result of the underhanded and legally questionable tactics of the last several years, many within DHS have expressed relief that they would finally have the opportunity to repair some of the damage caused over the last few years. As DHS is part of the executive branch of government, it fell directly under President Trump’s leadership as head of the executive branch. There are reports that DHS employees have expressed both excited and relief about the new change in leadership and for good reason since DHS would have been an extremely difficult place to work these last years with the countless changes to its internal policies and the near constant change in leadership resulting from people being replaced by Trump or those who resigned or quit due to the poor climate within the government.

What does this really mean though? Besides the generic plan of reversing as much of Trumps prior policies as possible, what is the Biden immigration plan? For one, Biden plans on immediately stopping construction of the border wall with Mexico while he vows to ease the restrictions on those trying to legally immigrate to the US. He also announced wanting to increase the number of employment-based visas available and removing country-specific visa caps from countries like India. Biden also committed to increasing the number of refugees the US takes in every year and improving the asylum process by removing a few key blocks the Trump administration imposed on applicants claiming asylum due to gang violence and domestic violence in Central American countries.

Biden also committed to working towards reducing the significant backlog of cases within the immigration court system by hiring more immigration judges and only deporting immigrants with criminal convictions. Biden also vowed to eliminate family detention centers, but he plans on keeping the agency known as ICE (Immigration Customs and Enforcement) to enforce immigration violations and to process deportations.

These changes all sound very promising, but it is always important to remember that no matter what the desires or plans are of President-elect Biden, the President is only one of three decision makers in this process. The Senate and Congress will still be needed to agree on certain proposed changes to immigration law and putting up the financing to implement these plans, a not insignificant or new problem. Un-breaking the immigration system will prove to be much more difficult than the daunting task of undoing the 400 plus changes made by President Trump.
​
Since we still have roughly two and a half months under the Trump Administration, documented and undocumented immigrants should remember that they are still very much at risk for both deportations as well as the arbitrary denials of improperly filed immigration processes. If you or a family member has questions about an ongoing immigration process or questions about whether you qualify for a new process, please contact Marvin Law Office today at 616-450-2981 to schedule a confidential consultation.