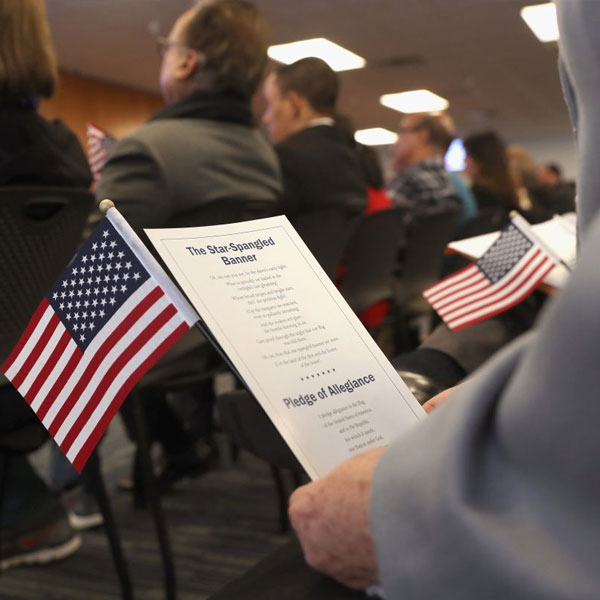 When navigating immigration, preparation is critical to being able to obtain an approval in a timely and cost-effective manner. This is especially true if your process requires an interview. The following five tips are for those applicants who are getting ready for their green card interview based on a marriage petition.

The first tip is to make sure you provide a good physical and email address to immigration that is regularly monitored since many embassies communicate only with the applicant. Timing is always critical in immigration cases and a missed or ignored email by more than even a few days can create major problems with your case. Mailing addresses are used to send official government documents and even approved green cards after an interview. Having these important documents returned to the government due to the inability of the post office to deliver would create a significant delay in the approval process and much stress to the immigrant and their family.

Tip two is to take an active role in your process. Do not rely on your attorney or your sponsor. This is your life and your future and you should have a very clear part to play in the process. No one has more interest in obtaining an approval than you do and no one but you have complete legal power or authority over your case than you do. Administrative processes like an immigration request are very different than a formal legal proceeding such as a court case and as such, legal rights are a bit different. It is common for the government to only communicate with the applicant even when they know that a person is represented by an attorney. Quite often an attorney is kept out of the loop when it is convenient for the government to do so. The common view from many bureaucrats is that they only need to answer to the person with the legal interest in the process and they are not obligated to communicate with anyone else. As such, it remains the responsibility of the immigrant to monitor their process and to inform their sponsor or attorney if a communication or a request has been received from the government. Do not assume anyone else can or will manage your case for you.

Tip three is to thoroughly and carefully review any direct communications from the government since each office and embassy is different with has very different procedures. For example, most embassies have a special process for setting up the actual interview appointment which may require appearing for a medical exam prior to allowing the applicant to select their desired appointment date. Other embassies do not even allow an applicant to select an interview date, but will select one themselves and will then inform the applicant of the date and time to appear. Other embassies have unique requirements for providing documents to them such as scheduling an appointment to drop them off prior to the interview while others require everything to be submitted electronically before the interview. The key is to read the instructions from the actual office you will be interviewed in.

Tip four is to compile and take a full copy of your filing with you to the interview. Also remember to take all the back-up documents that were submitted to immigration at any point in the process, especially original government documents such as birth certificates. This is helpful not only if the government is missing something, but is also important for the applicant to know exactly what the government knows about them. If you have an entire copy of the filing and you know the contents of the filing, it will be much easier to challenge the government if they are not correctly conducting the interview or if they are asking questions that seem out of place or do not apply to your case. Knowing more than the government knows about you is better than knowing less.

Tip five may be the most important advice that I regularly give my clients. An applicant at an interview always has the right to stop the interview and to request a postponement to consult with their attorney if they are confused or concerned about the way things are going. I tell this to every client I have. Only once has a client ever had to follow this advice and following this advice saved his process. At the time, the agent started asking questions unrelated to the application and then the agent suggested my client withdraw his request and re-file at a later time. If the client would have followed the suggestion instead of his attorney, the process would have been canceled and the client would have had to re-file again, would have lost precious months while out of status and would have had to pay hundreds of dollars in new filing fees. Instead, he consulted with me, re-appeared at the later time and he was ultimately approved for his green card.

We should always remember that we are members of the public and when dealing with the government, we are always at a disadvantage, especially in immigration matters. It is critically important to be prepared with good information and to have the guidance of an experienced immigration attorney to help you succeed. If you or a family member has an immigration matter that you need guidance with or if you just have questions about the ongoing changes to immigration law, please schedule a consultation today to discuss these matters by calling our office at 616-805-3435.