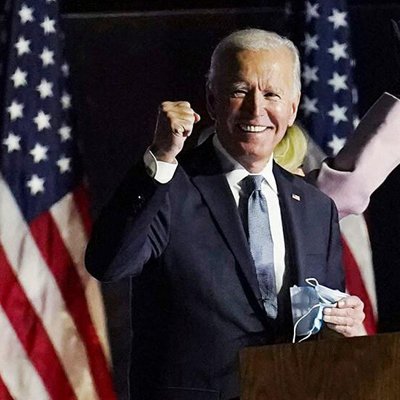 Biden will need to work closely with the Senate and Congress on any proposed changes to immigration law. With the task of undoing the 400 plus changes made by the President Trump administration, it will take time, even years, to implement meaningful change.

Although the main focus of the new Biden Administration will be on Covid-19, there are a few key immigration changes he vowed to make during his first 100 days in office; reinstating the DACA program and ending the ban on travel into the US from Muslim countries. Since both of these can be accomplished through executive actions, they are almost certain to happen swiftly. What can we expect beyond these two changes?

For Biden, comprehensive immigration reform means modernizing the system to prioritize keeping families together and providing a path to citizenship for the nearly 11 million undocumented immigrants in the US. It also means growing our economy and expanding economic opportunity across the country by improving and increasing opportunities for legal immigration and preserving the longstanding directive of our immigration system to reunite families and enhance our nation’s diversity. Although this sounds great and is indeed very promising, it is a bit ambiguous. So, what does that really mean?

Employment-based immigration changes will require working effectively with Congress to expand the number of high-skilled visas available and to eliminate the limits on employment-based visas by country. Biden hopes to increase the number of visas awarded for permanent, employment-based immigration and to improve the current system of temporary work visas to allow workers in select industries to switch jobs rather than being restricted to employment with their sponsoring employer. Biden also proposes to create a new visa category that allows cities and counties to petition for higher levels of immigrants to support growth within their communities.

For family-based immigration reforms, Biden wants to change the law to treat spouses and unmarried children of green card holders as “immediate relatives” along with spouses, children and parents of U.S. citizens. This change would exempt these classes of family from current numerical quotas in place greatly limiting how quickly they can complete their processes. Taking things a step further, Biden wants to allow any family member with an approved I-130 to enter the U.S. on a nonimmigrant visa while they wait for their interview date to be scheduled.

Again, this is a nice idea, but legally impractical since most people must wait up to 20 years to obtain a visa for a green card and reaching an agreement with Congress to create a new legal status to permit millions of people from across the globe to live and work in the US for decades before becoming legal residents has almost no chance of actually happening.

Equally important to employment and family immigration are making reforms to the system of enforcing immigration laws through the offices of ICE, the border patrol and through the immigration court system. These important topics will be covered in my next article as well as other priorities included in Biden’s immigration reform plan.

These proposed changes are very uplifting and give hope to many families involved in the immigration system, but it is always important to keep in mind that change like this takes much longer than most people think, even in the best of times. With the COVID-19 pandemic actually getting worse, most of these changes will be years away, if they come at all.

In the meantime, we are still working within the system imposed by the Trump Administration and that system is designed to prevent immigration to the US. Denials and deportations are very much our reality and should be kept in mind whenever an immigrant is looking to file for an immigration benefit.