Immigration Now: Proposed Changes to DACA not so Great 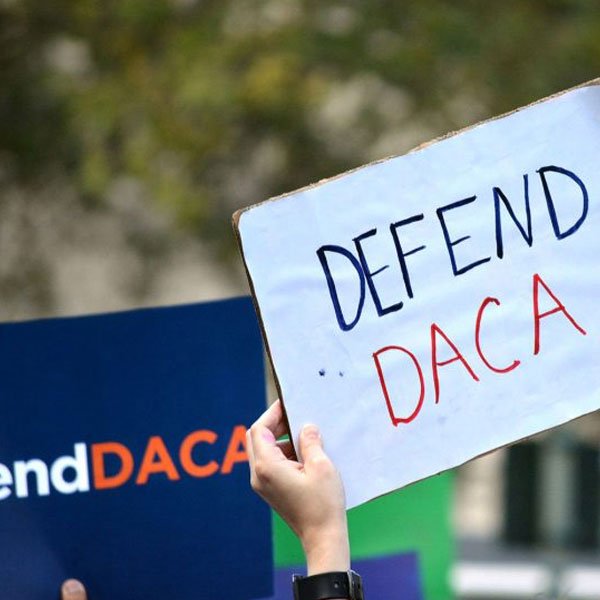 The Department of Homeland Security (DHS) released a proposed rule in September of last year for the Deferred Action for Childhood Arrivals (DACA) program that they claim is intended to better help protect young undocumented people from deportation while complying with recent court decisions. The DACA program shields “Dreamers” from removal from the U.S. and allows them to legally work in the country. Along with the attempt to improve the program, the Biden administration is also planning to remove the automatic right to request a work permit at the same time. The government argues that severing DACA from work permit applications would save applicants costs on fees, but it is not clear how this could be true since all work permit requests have filing fees regardless of when they are made or whether they are part of another process or not. A much better way to help save money for this vulnerable population would be to eliminate the filing fees all together, but this is not likely to happen.

In response to the Biden administration’s announcement, immigration groups are desperately urging the government to stop the proposed removal of the work authorization request since this could lead to DACA recipients getting caught in the massive backlog of work permit requests currently pending before the government and thus experiencing long delays in the right to legally work. While DACA recipients would maintain their protection from deportation, with no right to work, this program would have much less value to the applicants. Advocates also argue that this change would create a risk that employment authorization could be eliminated entirely for this category of applicants by future administrations. Without additional information about how this proposed change will be facilitated, it sounds like a very bad deal for eligible Dreamers.

On Valentine’s Day, the “Day Without Immigrants” protest took place in Washington DC where hundreds of immigrants across the nation rallied for immigration reform. One of the rallies took place outside of the White House in an attempt to build pressure on President Biden to prioritize the protection of immigrants. Among a number of demands, advocates want Biden to offer a pathway to citizenship as promised when the Build Back Better bill was proposed. These immigrants and advocates wanted to show the economic impact that the immigrant community has if they were not spending their money or providing labor in the US. Many participants are planning another protest in Washington on February 28th to rally near the White House a day before Biden’s State of the Union address.

In an effort to improve matters at the southern U.S. border and to address root causes for the underlying problems in Central America, the U.S. government has requested the arrest and extradition of Juan Orlando Hernández, the former Honduran president who recently left office. Mr. Hernández has been accused in the federal court in New York for receiving bribe money from drug cartels. Many of these drugs are trafficked through Latin America and into the US, which is why American officials can file charges in U.S. federal courts and pursue extradition. On February 14th, the extradition request was sent to the Honduran Foreign Ministry and hours later, dozens of police officers surrounded the former president’s house. The corruption of Mr. Hernandez’s administration and many other similar Latin American governments is a principal cause for the decades-long economic and social catastrophe that has plagued this region of the world. It is still unclear whether Mr. Hernández will be sent to the US to stand trial for his crimes or not.

If you have any questions about any of the new or ongoing immigration policies, please contact our office today to schedule an appointment at 616-805-3435.