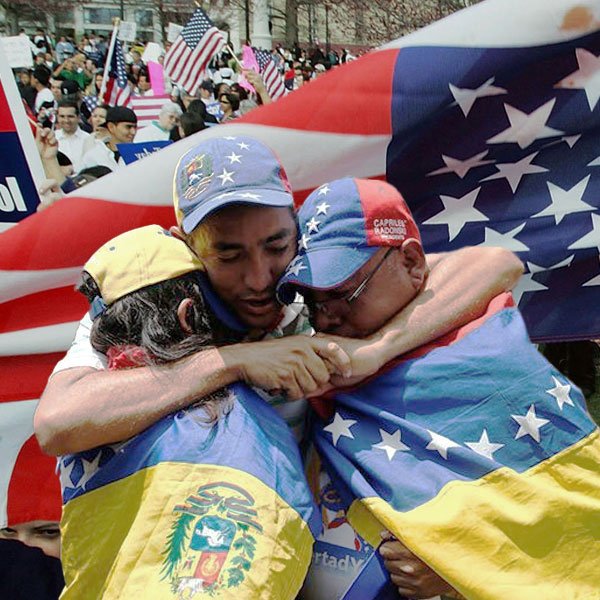 The year 2022 has seen a significant spike in migrants attempting to cross the U.S. southern border from many, many countries. Lately, more than at any time in history have been coming in from Cuba, Nicaragua, and Venezuela. Migrants from these three countries have been making up almost one-third of all migrants encountered by U.S. immigration authorities for the last few months. Specifically, in the month of August, immigration authorities encountered more than 203,000 attempted crossings with migrants from Venezuela, Nicaragua, and Cuba making up about 56,000 of those encounters.

In an effort to help citizens from Venezuela, there have been a number of programs the U.S. government has enacted to allow those who have entered with visas to remain and work legally inside the U.S. In 2021, the federal government created the Temporary Protected Status (TPS) designation for Venezuelans who had entered the U.S. prior to January 2021. That important designation allowed Venezuelans to live, work and remain (without fear of deportation) in the U.S. for the designated 1-to-2-year period of time.

To the great relief of an estimated 343,000 Venezuelans already inside the U.S., immigration decided to extend the TPS designation for another 18 months allowing existing recipients to renew their status and their work permits. The 18-month extension became effective on September 10, 2022, and will last until March 10, 2024. This designation only applies to beneficiaries already approved under the existing TPS designation who can show that they have been residing in the U.S. since March 8, 2021. Venezuelans who arrived in the U.S. after March 8, 2021, are not eligible for TPS.

In addition to the protections available to Venezuelans through TPS, the U.S. government recently announced a new and unprecedented process for Venezuelans family members currently living in the U.S. that is intended to help their families living abroad. This was announced by immigration on October 12, 2022. This new and novel concept allows Venezuelan nationals and their immediate family members to come, live and work legally in the United States for up to two years at a time with the expectation that the government will expand the program to become more permanent in the future.

The process is intended to provide a safe and orderly way for nationals of Venezuela who are outside the United States and who lack U.S. entry documents (visas) to be considered, on a case-by-case basis, for advance authorization to travel and a temporary period of parole for up to 2 years for urgent humanitarian reasons or for a significant public benefit. To participate in this process, Venezuelan nationals must have a supporter living in the U.S. willing to sponsor and support them financially. Additionally, these family members must pass a number of security-related requirements and be able to show the U.S. government that they deserve this special permission.

Once the request is approved, the family members outside the U.S. will be given the advanced authorization to travel and enter the U.S. It is important to know that family members of Venezuelans in the U.S. need not be living in Venezuela in order to qualify for this program. So, those who have already been displaced by the repressive Maduro regime and are already refugees living abroad will be eligible for this program.

Applicants can immediately start applying for their family members under this new program. As a reminder, it is important to remember that the current TPS designation period ends on November 7th, so there are only a few weeks left to apply for this protection.

We encourage all Venezuelans interested in these amazing programs to contact our office to schedule a consultation so we can help you obtain approvals while these programs are still available. You can do this either by calling our office at 616-805-3435 or by using the following link to schedule an appointment online: https://marvinlawoffice.com/schedule-a-consultation/