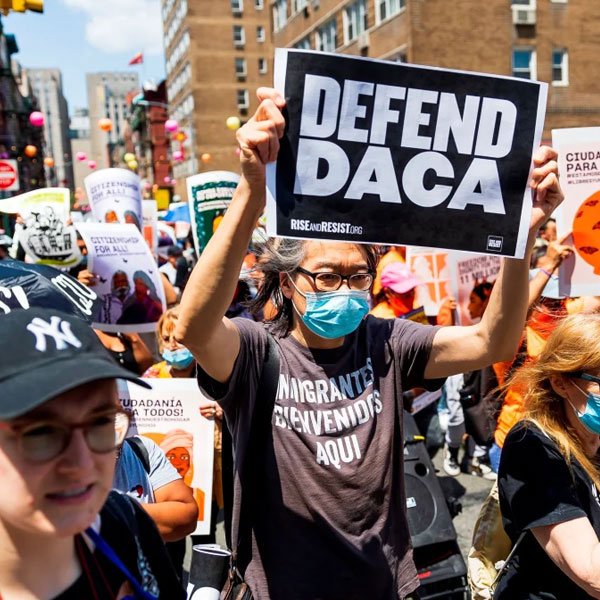 A burning question on the minds of many clients and immigration professionals alike is “what exactly is going on with DACA these days?” Almost since its inception in 2012, this ongoing question has been tough to answer since the Deferred Action for Child Arrivals (DACA) program has been the target of regular attacks for years. For several years President Trump and a number of states have been arguing that the program was improperly created by President Obama who used Presidential Executive Action to create the program rather than the required legal process through congress. After several unsuccessful attempts challenging this program, President Trump followed Obama’s example and tried to do away with the program in 2018 using his authority under executive action. His attempt was ultimately unsuccessful even after making it all the way to the U.S. Supreme Court.

The most recent challenge to the DACA program was in July of 2021 when several U.S. states, including Texas, sued the Biden administration for its ongoing processing of the program despite legal rulings that essentially invalidated the program. The ruling from this case was that the program was illegal and could not continue. This was appealed and a decision was made on October 5, 2022, by the U.S. Court of Appeals for the Fifth Circuit. This court ruled in favor of Texas and the other states upholding the ruling that the program was illegally created.

The Appeals court decision partially affirmed the Texas district court’s decision, but also decided to preserve the partial stay (pause) that was put in place to essentially help the program to be phased out without too much harm to existing DACA holders before the government completely eliminates the program. The Appeals court also sent the case back to the district court for further proceedings as a result of the new DHS policy attempting to fix the original improper creation of the program. This new procedure was published on August 30th and is scheduled to go into effect on October 31, 2022.

Fortunately for current DACA recipients, this appeals court ruling does not invalidate or cancel any current approvals or the related Employment Authorization Documents granted to applicants, but it does allow for this possibility in the future. According to the Department of Homeland Security (DHS), U.S. Citizenship and Immigrant Services (USCIS) will continue to accept and process DACA renewal requests as well as accompanying requests for employment authorization and for advance parole while the stay is in place.

USCIS also stated that they will continue to accept initial (new) DACA requests, but will not actually process them. It is unclear what the significance of this is or what it means to accept, but not process a request nor is it clear how much longer applicants can expect to wait for an actual decision. At the very least, the program has not completely been terminated…yet.

On a positive note, helpful news was released by USCIS at the end of September for current green card holders who have been waiting for far too long to receive their replacement green cards. Beginning on September 26th, USCIS announced that they would be automatically extending the validity period of green cards from 12 to 24 months for lawful permanent residents who file requests for replacement of their soon-to-be expired approvals.

The updated filing receipt notices for these requests will include language about the new extension which can be presented with an expired Green Card as evidence of continued legal permanent residency status. This is critical news for many green card holders who have been waiting months to hear how they would be able to renew their driver’s licenses or other important governmental documents while waiting for USCIS to get a handle on the extensive backlog of cases.

Many of these immigration policies or recent court decisions can, and often do, seem very confusing and contradictory. It is always a wise decision to consult with an experienced immigration attorney for assistance with any immigration-related process during these uncertain times. Please contact our office to schedule a consultation if you have any immigration matter you need assistance with. You can do this either by calling our office at 616-805-3435 or by using the following link to schedule an appointment online: https://marvinlawoffice.com/schedule-a-consultation/