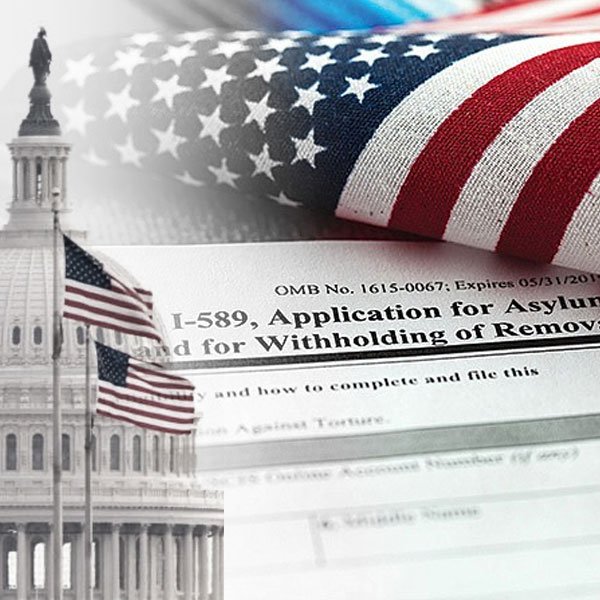 The hugely complicated area of asylum law has been in turmoil for years in part, as a result of multiple presidents making significant policy changes or outright blocking potential asylum requests. As a result, it has been nearly impossible to navigate this system for the last decade for both applicants and the government alike.

President Biden is attempting to “fix” the asylum process by officially launching a new rule on March 31, 2022. This rule is intended to fix problems with the expedited removal process currently in use by border patrol agents. The expedited removal process was designed to allow immigration officers to quickly deport certain people who arrive at a U.S. border without proper documentation in an effort to relieve pressure on the overburdened immigration court system and the taxpayer.

If an attempted border crosser happens to be an asylum seeker who expresses fear of being returned to their country, they are then given a “credible fear” interview by a trained asylum officer to determine if they are legitimate asylum seekers. If they pass the interview, they are referred to the immigration court to fight for their case. If no credible fear is established, they are immediately deported. This Trump program was an early attempt to address the backlog of over one million cases in the immigration court system.

Biden is proposing a change to this policy at the request of the Department of Homeland Security (DHS) and the Department of Justice (DOJ) to now grant asylum officers the authority to approve asylum applications for those facing fast-track removal at the border. Right now, only an immigration judge in court can grant this sort of relief, but this process takes many years and a formal court trial to get a decision.

Under the new rule, asylum seekers who pass a “credible fear interview” will no longer be sent directly to immigration court, for asylum application filing, but will first be sent to a U.S. Citizenship and Immigration Services (USCIS) asylum office for an “Asylum Merits Interview.” At this “merits interview,” the details provided at the credible fear interview will be used in place of a formal asylum application. After a person has an “Asylum Merits Interview,” the asylum officer will either grant or deny the request for asylum. If the officer grants the request, the person’s case is over and are granted asylum right away. This new expedited process will take a matter of weeks rather than several years as under the current system.

This proposal is intended to address both the concerns that the government had been ignoring or violating asylum seeker rights as well as a way to more efficiently reduce the massive backlog within the court system. A government estimate reported that between the year 2000 and 2019, a 900% increase in credible fear claims were made to U.S. immigration officers causing the court backlog and what was seen as the biggest immigration loophole ever to exist allowing those with no ability to enter and work in the U.S. to stay for years and years while their cases went through the court system at a snail’s pace.

The new Biden rule is only being applied to limited numbers of asylum seekers and applies to those who were routed through one of two Texas detention centers and only to those who plan on relocating to parts of the U.S. near one of six designated asylum offices. The pilot program will initially only deal with those moving to Boston, Los Angeles, Miami, New York, Newark, or San Francisco. Like with so many band-aid solutions proposed by every president for the last several decades, this new policy change already faces severe criticism and will no doubt be heavily litigated in the coming months.

As the Biden administration continues to make changes to the immigration system, many more questions come up than are answered. Given the complexity of this area of law, it is always recommended that individuals involved in the system stay informed about their rights and the opportunities available to them. If you have questions, please contact our office to schedule a consultation before moving forward with an immigration case. You can do this by calling our office at 616-805-3435 or by using the following link to schedule an appointment online: https://marvinlawoffice.com/schedule-a-consultation/