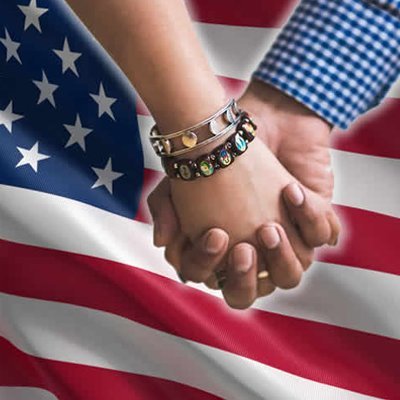 There is a common belief that after many years of living together spouses are protected the same way as a married couple. This is absolutely not true in the state of Michigan. Common law marriages are very common in Latin countries and even in some states in the United States, but in 1957 Michigan changed its laws eliminating these relationships as a form of marriage. This means that even people who have been in a family relationship for many years have no legal protections when they decide to separate, try to establish custody or parenting time or even if one of the partners die. They are treated as a boyfriend or girlfriend with no additional rights or preferences over any other person.

Let’s look at an example. I had a client who was in a relationship for more than 12 years, had no kids together, but everything they each earned and worked for was shared between them. This is exactly how a good relationship is supposed to work, but something changed in their lives and they decided to split up. If they were married, they would go through the divorce process and split everything down the middle and both get equal potions (this is normally how it works), but they had no legal ties to one another and were no protected by the law. My client then had to fight for every dollar he invested in their business and for all of the assets that he was entitled to. Although I was able to negotiate and get him much of his share, it was not an easy fight for him. Again, if he was married, the law would have protected his ownership interest in the house, cars and business.

Let’s look at a second example. I have clients who have never married, but have been together for about 15 years. Because they were older when they got together, they have no kids of their own, but had kids from previous relationships. Unfortunately the adult kids of this couple have never really been happy with the relationship, but it has not affected my clients since the kids aren’t around much. When we started to talk about estate planning and retirement, I then made them aware of how risky it is for them to maintain their current relationship status without being married. As it stands, if either one of them were to die without a will or testament, the other person will get nothing. All of the assets of the deceased person will go to their family under the estate laws of the State of Michigan. This is true no matter what the relationship is between the parent and their kids at the time of death. If my clients are married, however, the living spouse is automatically protected even if there is no will in place.

This is why when I have unmarried clients come into my office with questions about immigration or any other issue, I typically advise them to get married if they have been or intend on living together for several years. Basically, if you think of each other as a husband or wife, you should follow the process and actually make each other your husband or wife. Fortunately, the state of Michigan has a process for residents of the state to get legally married without the need for immigration documents or even a valid state license. I have helped many clients use these laws to get married and once they were, to continue fixing their other legal problems and immigration papers.