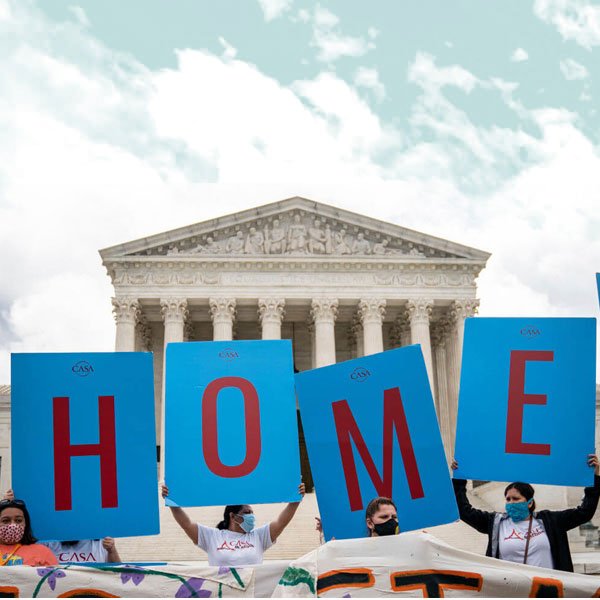 Virtually everyone in the U.S. who has paid any attention to national news for the last several years has heard of the Deferred Action for Childhood Arrivals (DACA) program and most know the basics about what it is and who it is designed to help. Confusion sets in, however, when trying to discover what the current status of the program is. After over three years of political bickering and regular attacks over the legal validity of the program, few can confidentially say if it is possible to apply for the protection as a new applicant or whether a renewal request can be sent. Most DACA holders have no clue what they actually have and have no idea how their status relates to other immigration processes.

Although president Biden has not become the advocate for immigrants that many believed he would be, at the very least, his administration is still trying to carve out a permanent legal process for DACA recipients and immigration Dreamers. On September 28th, the Biden administration proposed a rule that would finally solidify the DACA program making it less prone to legal attacks in the future by correcting the legal deficiencies that allowed a Texas federal court judge to rule that the program violated the law and then blocking applicants from obtaining governmental approval. This decision made in July of 2021 has put an estimated one million people at risk of removal from the U.S., although the Biden administration has made no real efforts in deporting many undocumented migrants since entering office in January.

According to the Department of Homeland Security (DHS) the new proposed rule “embraces the consistent judgment that has been maintained by the Department…that DACA recipients should not be a priority for removal.” Although the new proposal from Biden is not an expansion of the program, it does finally attempt to correctly and legally establish the program for both current and future recipients.

Since the future of the new proposed program will continue to be “up in the air” for at least another several months, it is important for current recipients of the program to be thinking of their future options in the event that the new program fails to succeed. For current DACA holders, the proper question should be “what process am I eligible for and which family relationships will allow me to avoid the messy politics of DACA and move straight to a green card?”

Many of our clients have been able to move forward by having a legal permanent resident or U.S. citizen parent submit a green card petition for them. Since many undocumented children were brought to the U.S. by their parents who did not have documents themselves, it is not as common for a parent to have the ability to sponsor a child, although it still happens frequently. For most DACA recipients, green cards come through marriage relationships to U.S. citizens or legal residents. Although a marriage relationship to a citizen provides a solution to a complicated immigration problem, it is not always the complete solution. Many DACA recipients still have the problem of having to leave the country for their interview and potentially a number of other underlying immigration issues.

If you or someone you know is a current or a potential future DACA recipient, it is highly recommended that you consult with an experienced immigration attorney before moving forward with any immigration process. Please schedule a consultation with our office today by calling 616-805-3435.